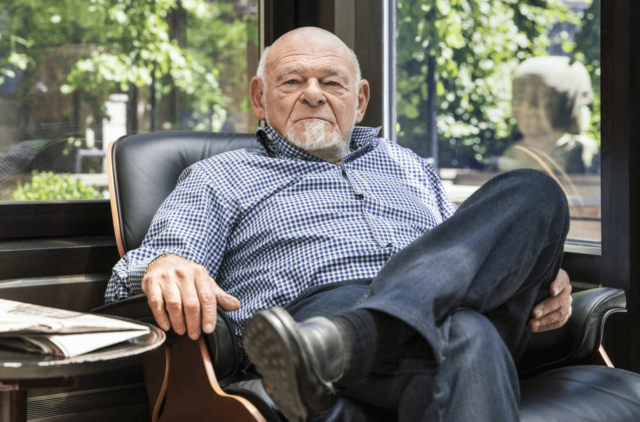 Sam Zell, a billionaire businessman and philanthropist, believes the wealth redistribution ideas of far-left Democrats, such as freshman firebrand Rep. Alexandria Ocasio-Cortez, won’t work because Americans would rather earn success than get handouts.

Looking to narrow the wealth gap in the United States, Ocasio-Cortez — and several candidates vying for the 2020 Democratic presidential nomination, including Sens. Bernie Sanders and Elizabeth Warren — are in favor of taxing the rich more to help pay for services for the greater society.

“Redistributive policy leads to inequality. It’s just the opposite of what you think,” said Zell, who contended that wealth redistribution during the eight years of former President Barack Obama’s administration held the economy back.

An investor who does business all over the globe, Zell said in a “Squawk Box”interview Wednesday that wealth disparities exist everywhere. But he believes the U.S. is one of the world’s most equal economies.

Zell also bases his worldview on what he learned growing up as of the son of Jewish immigrants who landed in America after fleeing Poland right before the Nazis invaded. He went on to amass a net worth of more than $5 billion. He has said in the past that he’s neither Republican nor Democrat, indicating that he tends to be fiscally conservative and socially liberal.

As a boy in Chicago, Zell recalled asking his father, a jewelry wholesaler and real estate investor, why the poor who outnumber the rich don’t just vote them out of office. He said his father told him, “Everybody in America doesn’t want to do anything that would, ‘screw up his chance,’ to make the next move forward.”

While in college and law school, he built an apartment management business. He also bought and rehabbed properties. Shortly after spending only four days as a lawyer, he founded in 1968 what would become Equity Group Investments, an investment firm that started in real estate but has since branched out into energy, communications, logistics, manufacturing, transportation and health care. He’s also co-founder and chairman of Equity Residential, Equity Lifestyle and Equity Commonwealth, three publicly traded real estate investment trusts, or REITs.

While he’s been generally supportive of the way President Donald Trump has run the economy, Zell said he was disappointed that fellow billionaire Mike Bloomberg decided not to run for the Democratic presidential nomination.

Bloomberg, who served most of his first two terms as New York City mayor as a Republican and the third as an independent, switched his party affiliation to Democrat in October.

Zell called Bloomberg a “wonderful asset of our country” and the kind of centrist needed to squelch the political divisiveness in the nation.

Zell was in pretty good company yearning for a Bloomberg run. Last month, when the former mayor was still thinking about it, Berkshire HathawayChairman and CEO Warren Buffett told CNBC he would support Bloomberg if he were to run for president. The billionaire Buffett said at the time, “I think he would be a very good president.”

My interest in this story is not so much the story itself, but more so about the man, Sam Zell. If you read his history, his father was a real estate investor and look what he became? One of the wealthiest people in the world with property all over the place. So here’s his secret: he simply learned how to obtain the financing.

Starting with banks and financial institutions in the early days, to later on learning how to syndicate properties on Wall Street, where the real money is. Real estate is pretty simple. Everybody does the same 4 things:

There’s really not much more to it than this. The actual most important part is Step 4. This creates tremendous wealth and has been proven to do so for the last 200 years. Sam Zell was good at Step #4, for if he hadn’t repeated his actions, he would own just a few properties. Boy his father would be proud if he could just look down and see the multi-billion dollar fortune that he’s amassed during his lifetime.

The question is: Can you become one of them? I answer yes, but, only if you know how to be one of them! It’s all about knowing. You should research the Sam Zell story. Remember, the world is littered with people whose parents were successful entrepreneurs or property owners similar to Sam Zell’s parents. Although, none became successful due to life choices, or a lack of knowledge, discipline, and the ability to follow the simple 4 step program.

The program is the same for everyone, whether you’re buying one house or a shopping mall. It only works for those who work it. Sam Zell worked it.

Economic growth is slowing all around the world