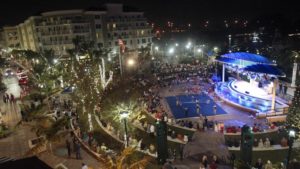 Nearly 80 investors have signed on as plaintiffs in a suit filed this week in Palm Beach County Circuit Court. From 2011 to 2013, they paid $540,000 each for a stake in a promising real estate development, along with permission to move to the U.S.

Harbourside Place is a thriving mixed-use center with shops, restaurants, a hotel and a marina. But the investors say they haven’t gotten their investments back and fear Mastroianni won’t pay them.

“We think it was a fraud from the beginning,” said Jeffrey Schneider, a Miami attorney representing the investors.

In all, 199 foreign investors put $500,000 apiece into Harbourside Place for a total of $99.5 million. Mastroianni also collected a $40,000 administrative fee from each investor.

The loan was made through the EB-5 visa program, which grants U.S. residency to foreign investors who put $500,000 into job-creating businesses in the U.S.

The suit says Mastroianni took pains to structure the financing in a way that left foreign investors unable to foreclose on the loan to get their money back.

“They were stepping into a carefully planned fraud designed to yield Mastroianni unfettered access to their money to finance his project,” the suit alleges.

It’s not the first time Mastroianni has been criticized for his handling of EB-5 money. In 2015, Mastroianni’s former chief financial officer accused the developer of fraudulently using money raised from foreign investors.

In court papers, David Finkelstein said Mastroianni failed to follow rules for the use of investment funds raised through the EB-5 program.

“Mastroianni, who is in control of the company, has acted, is acting, and is … expected to act in a manner that is illegal or fraudulent,” Finkelstein’s court filing said.

That dispute later was settled.

The EB-5 program was created by Congress in 1990, but it was little used until the Great Recession. In 2010, when Mastroianni set about raising money to build Harbourside Place, U.S. banks had stopped lending money, and newly wealthy Chinese investors were eager for U.S. visas.

In another high-profile dispute over EB-5 financing, Chinese and Iranian investors in 2016 sued the developer of the Palm House in Palm Beach for fraud. Unlike the Palm House, a project that never was built, Harbourside placed was completed and is bustling.

Tenants include Tommy Bahama, Chico’s and White House | Black Market. The mixed-use center along the Intracoastal Waterway also is home to a 179-room Wyndham Grand hotel.

Schneider, an attorney at Levine Kellogg Lehman Schneider + Grossman, said EB-5 investors are making big bets in a country where they’re unfamiliar with the legal system and financial customs.

“It’s a recipe for disaster,” he said. 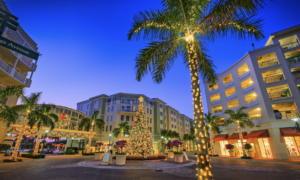 Unfortunately, this is far too common. Ever since the EB5 program came out, allowing the fast-track of citizenship or visas for overseas investors, there’s been a lot of fraud, mainly because the investors are in another country. In addition, the minimal investment is a lot of money, approximately a half a million dollars. A lot of builders were taking in investors and mainly pocketing a large percentage of the money along the way. The EB5 program is relatively new, and was first put into effect to act as a win win for the investor and the developer. As time went on, things changed as they always do. I always say, “Buyer beware. Do you due diligence, try to stay clear of bad apples.” It appears to me that this guy in this article could have a of explaining to do as based on the article itself, as it’s written, no investors have received any returns on their money to date. I always say, if it walks like a duck and quacks like a duck, it’s a duck. This appears to be a clear case of misappropriation of funds as per the article. Remember, it’s my opinion. I’m just a reader like you. Let me know below what you think about this! Remember: The wheels of justice turn ever so slowly. It may be a few years til we even know if there’s a case or not.