In a panel discussion, Tyler Cowen, an American economist and a professor of economics at George Mason University, briefly spoke about Ethereum and its co-founder, Vitalik Buterin.

Tyler, at the event organized by Bloomberg, stated that many individuals in the community had become millionaires by doing something “no one else told them to do” and according to him, that was a very powerful shared experience. Tyler further added:

“I recently spent about five hours with Vitalik and he is one of the handful of smartest people I have ever met.”

He further mentioned that Vitalik was a remarkable individual who had “zero” formal training in economics. Furthermore, Vitalik had written informal papers and had posted them on his website. The papers had complex technical results which were detected by Nobel economists and Vitalik could figure it out just by himself. Tyler commented:

“I’m a professional economist and if I talk economics with him, there’s no argument I can give him that he cannot immediately figure out. He can even be ahead of me. He’s just simply a remarkable man.”

According to Tyler, Vitalik was also very upfront about what blockchain technology had achieved and what was still left unachieved. He further stated that meeting Vitalik was one of the best experiences he had and that he will remember it for the rest of his life.

Tyler also spoke about the connection between Vitalik’s brilliance and its “usefulness” on the Ethereum platform. He added that Vitalik himself would be uncomfortable on the level of trust individuals had on him.

Most of the trust individuals had on Ether or Ethereum was because of Vitalik. In addition, he was always “to the point” and was willing to admit about what he did or did not know, the professor added.

Thus, Vitalik had become an “oracle” to the Ethereum community, which was a part of both the strength and weakness in the platform; the former, because it helped individuals in the community to coordinate efficiently, and the latter, because it was a sign that the platform’s mechanism was supposed to work in a formal way.

My take on the entire crypto world as a whole is as follows: 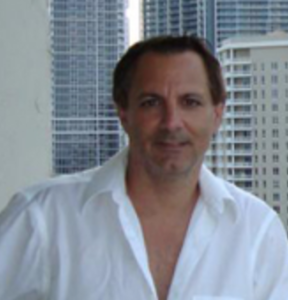 Is a 40 year seasoned property
owner/manager/investor/builder/developer
and business man who also happens to be
an author of 5 books and the chief editor of
LifeQuestJournal.com
He can be reached at: Info@RobertAnnenberg.com
and (201) 289-2500.

Bill Cosby To Get Less Than Three Years Behind Bars For 2004 Rape, Says...