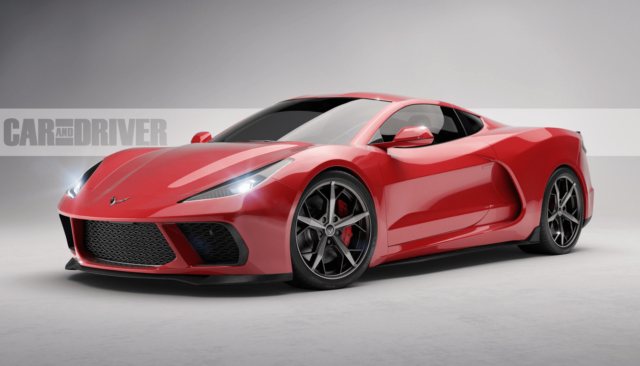 The redesigned 2020 Chevrolet Corvette’s new engine is reportedly so powerful that it’s compromising the vehicle’s structural integrity in testing, causing General Motors to delay the car’s reveal, according to an industry report.

Sports car fans have been anxiously awaiting the debut of the eighth generation of the Corvette, which got its last total overhaul with the 2014 Corvette Stingray.

But the 2019 Detroit auto show, which would have provided a major global stage for the vehicle’s unveiling, came and went in January with no reveal.

Well, it sounds like GM engineers are scrambling to get the vehicle ready for prime time, in part because they made it so powerful that the vehicle is bumping up against physical limitations.

Classic-car insurer Hagerty reports that a Corvette prototype with a twin-turbocharged, 8-cylinder engine is generating 900 to 1,000 horsepower and is causing a “structural distortion of the aluminum spaceframe” during tests.

“The twist in back was enough to fracture the glass hatch covering the engine,” Hagerty reports. “Be glad this flaw was discovered in advance of your top speed runs in Chevy’s designated Ferrari-beater.”

At those speeds, the new “C8” sports car would be faster than the 2019 ZR1 performance model, which GM has bragged is the fastest-ever ‘Vette at a top speed of 210 miles per hour.

Other bugs, including electrical issues, are also still being worked out, according to Hagerty.

GM representatives did not respond to requests for comment.

The Corvette is widely expected to debut as a 2020 model.

Hagerty estimated that the redesigned model will start in the range of $60,000 to $70,000 and get a 6.2-liter, 8-cylinder engine with at least 500 horsepower, which would be about 50 more than the current base version.

I got to admit, this headline definitely caught my eye… warping the frame? If that doesn’t make you feel like something is going fast, come on let’s be real, that’s an insane leading article for the new Corvette 2020.
With all the emphasis on electric cars, Tesla/Porsche/Nissan/Lexus, with everybody going electric, Corvettes have to do something to stand out and this article does just that.

If it’s true, it’s definitely mind blowing that the car has so much torque and power it can put stress on the frame itself! Most hardcore American muscle guys love the combustion engine. Many of them are never going to go electric.

This is the way to tap into that market in the next few years as many sports cars are actually going electric but will be targeting a more sophisticated green type of audience. Everybody loves the Corvette. With the old Corvettes being so valuable today, what a great investment they were.

Way back in the day, you could buy a Corvette for under $3,000. Today that Corvette sells for over $100,000! I doubt you’re going to have that kind of appreciation anymore but the Corvette could be the leader in muscle cars for the old fashion Chevy V8 engine. Just to read about a Corvette causing structural compromise on the frame due to its overwhelming horsepower is at least an exciting article to read.

I rarely read car articles but this one I had to read in its entirety to see what they were actually talking about and I must say, I was impressed. Long live the Corvette!