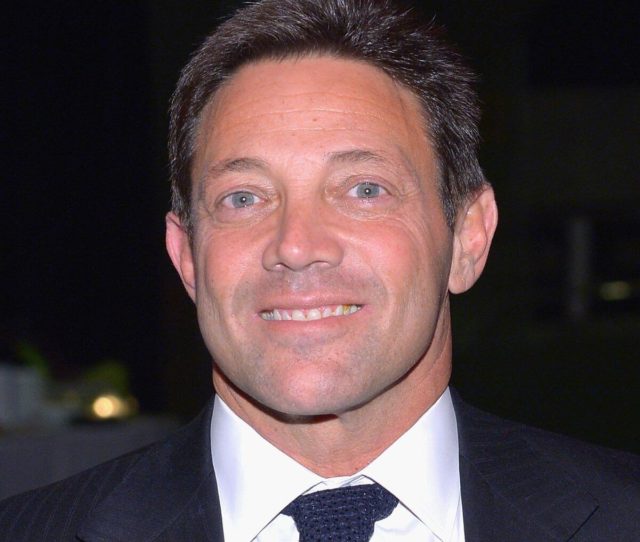 A Brooklyn Federal Court judge closed a potential legal loophole on “Wolf of Wall Street” Jordan Belfort before the penny stock scammer could slip through.

Belfort, who still owes nearly $100 million in restitution to his 1,513 victims, must surrender all of his earnings from a Manhattan real estate business to the government, Judge Ann Donnelly ruled in an eight-page decision last week.

Donnelly rejected Belfort’s assertion that money collected from his business relationship with Delos Living was exempt from his May 1999 plea agreement under the Consumer Credit Protection Act — a law capping the government’s garnishment amount in certain cases at 25%.

“A review . . . of the relevant case law leads me to conclude that (Belfort’s) interests are not what Congress had in mind,” wrote Donnelly. “Nothing about the defendant’s arrangement with Delos Living is consistent with (Congress’) goal. . . . The defendant’s claim of exemption is denied.”

The Consumer Credit Protection Act was intended to protect “honest debtors” who sought to avoid bankruptcy and pay their bills while making restitution, the judge noted. And her decision prominently mentioned that boiler room boss Belfort has repaid only $12.8 million of the $110.3 million owed to those duped by his scheme.

The government can now seize all referral fees and any other compensation paid by Delos Living under a November 2014 deal with Belfort.

Belfort, 56, was portrayed by actor Leonardo DiCaprio in director Martin Scorsese’s “The Wolf of Wall Street,” the Oscar-winner’s examination of evil and excess in the financial industry.

DiCaprio is listed as an advisory board member at Delos Living, a Manhattan-based business offering “Wellness Real Estate” with work spaces “that nurture and promote human health and well-being,” according to its website.

The company entered into an agreement with Belfort in November 2014, with the notorious stock schemer signing on via a newly created company dubbed JB Global Holdings.

In a previous court filing, Belfort said that Delos terminated their relationship in December 2017 after the government started its legal action for garnishing his income.

I got to say, I never saw this coming. I thought for sure Belfort would be able to ride out his time with nothing but a civil judgement. Although, a good case study is a guy in Chicago named Kevin Trudeau who made a fortune selling all the weight loss books on TV amongst other things, Kevin ended up with a $32 million dollar civil judgement that eventually turned criminal and landed him in jail with a 10 year sentence.

That same scenario is now possible for Jordan Belfort. Once a civil judgement through the government from the result of a fraud case. That judgement can come back to haunt the debtor by way of the courts imposing prison time, additional fines, and a bunch of other bad stuff once the debtor tries to hide assets, hide income and basically trying to get away with not paying or paying too little.

The old saying, “There’s no such thing as a debtors prison in America”, is not true in certain cases. Usually high profile criminals like Belfort who are out in the public eye in some sort of shaky business venture such as his seminars along with other things he’s probably doing that we don’t know about, these are the guys like Jordan Belfort that usually end up in trouble all because they are their own worst enemy.

They just can’t lay low and live their life outside of the spotlight. Because of this, they’re picked up on the radar and their probation officer is watching their every move and now you have a guy that’s really going to have to hide his money to live the lifestyle that he’s used to. And most likely it will result in some kind of criminal punishment. Now they’re going to watch every bank account, every purchase, how much Jordan Belfort spends at dinner, the way he lives his life, he will now be under the government microscope. Best of luck to him. It couldn’t have happened to a nicer guy. I mean he only stole hundreds of million of dollars from thousands of people. People like me and you who put money in stocks that were a complete sham from day one. It’ll be interesting to watch the governments next move.

The life of Jordan Belfort is definitely never going to be the same.