In 1976, 16-year-old model Babi Christina Engelhardt embarked on a hidden eight-year affair with the 41–year-old filmmaker that mirrors one of his most famous movies. Now, amid the #MeToo reckoning and Allen’s personal scandals, she looks back with mixed emotions on their relationship and its unequal dynamic.

Sixteen, emerald-eyed, blond, an aspiring model with a confident streak and a painful past: Babi Christina Engelhardt had just caught Woody Allen’s gaze at legendary New York City power restaurant Elaine’s. It was October 1976, and when Engelhardt returned from the ladies’ room, she dropped a note on his table with her phone number. It brazenly read: “Since you’ve signed enough autographs, here’s mine!”

Soon, Allen rang, inviting her to his Fifth Avenue penthouse. The already-famous 41-year-old director, still hot off Sleeper and who’d release Annie Hall the following spring, never asked her age. But she told him she was still in high school, living with her family in rural New Jersey as she pursued her modeling ambitions in Manhattan. Within weeks, they’d become physically intimate at his place. She wouldn’t turn 17, legal in New York, until that December.

The pair embarked on, by her account, a clandestine romance of eight years, the claustrophobic, controlling and yet dreamy dimensions of which she’s still processing more than four decades later. For her, the recent re-examination of gender power dynamics initiated by the #MeToo movement (and Allen’s personal scandals, including a claim of sexual abuse by his adopted daughter Dylan Farrow) has turned what had been a melancholic if still sweet memory into something much more uncomfortable. Like others among her generation — she just turned 59 on Dec. 4 — Engelhardt is resistant to attempts to have the life she led then be judged by what she considers today’s newly established norms. “It’s almost as if I’m now expected to trash him,” she says.

Time, though, has transfigured what she’s long viewed as a secret, unspoken monument to their then-still-ongoing relationship: 1979’s Manhattan, in which 17-year-old Tracy (Oscar-nominated Mariel Hemingway) enthusiastically beds Allen’s 42-year-old character Isaac “Ike” Davis. The film has always “reminded me why I thought he was so interesting — his wit is magnetic,” Engelhardt says. “It was why I liked him and why I’m still impressed with him as an artist. How he played with characters in his movies, and how he played with me.”

Two of Engelhardt’s close friends from the period affirm they were aware of Engelhardt’s relationship with Allen at the time — one would even drop her off at his penthouse. Photographer Andrew Unangst, who was dining with her at Elaine’s the night she made her move on Allen, also says he knew about the long-running tryst she initiated that night. “She was a knockout, and outgoing too,” he says of the gambit. Engelhardt’s younger brother Mike remembers Allen calling their parents’ home: “I’d holler out, ‘Babi, it’s Woody!’ My brain didn’t think something romantic; I was 11 or 12 and a huge fan. I mean, Bananas?!”

Engelhardt and her journey, shared here publicly for the first time, are complicated. She’s proud of her teenage self as an up-by-her-bootstraps heroine who successfully beguiled a “celebrated genius.” Even now, she holds herself largely responsible for remaining in the relationship as long as she did and for the frustration and sorrow that ultimately came with the liaison — one in which, by her description, she never held any agency. (Most experts would contend that such an uneven power dynamic is inherently exploitative.)

Even with hindsight, though, she’s unwilling to indict Allen, who declined to comment for this story. “What made me speak is I thought I could provide a perspective,” she offers. “I’m not attacking Woody,” she says. “This is not ‘bring down this man.’ I’m talking about my love story. This made me who I am. I have no regrets.” 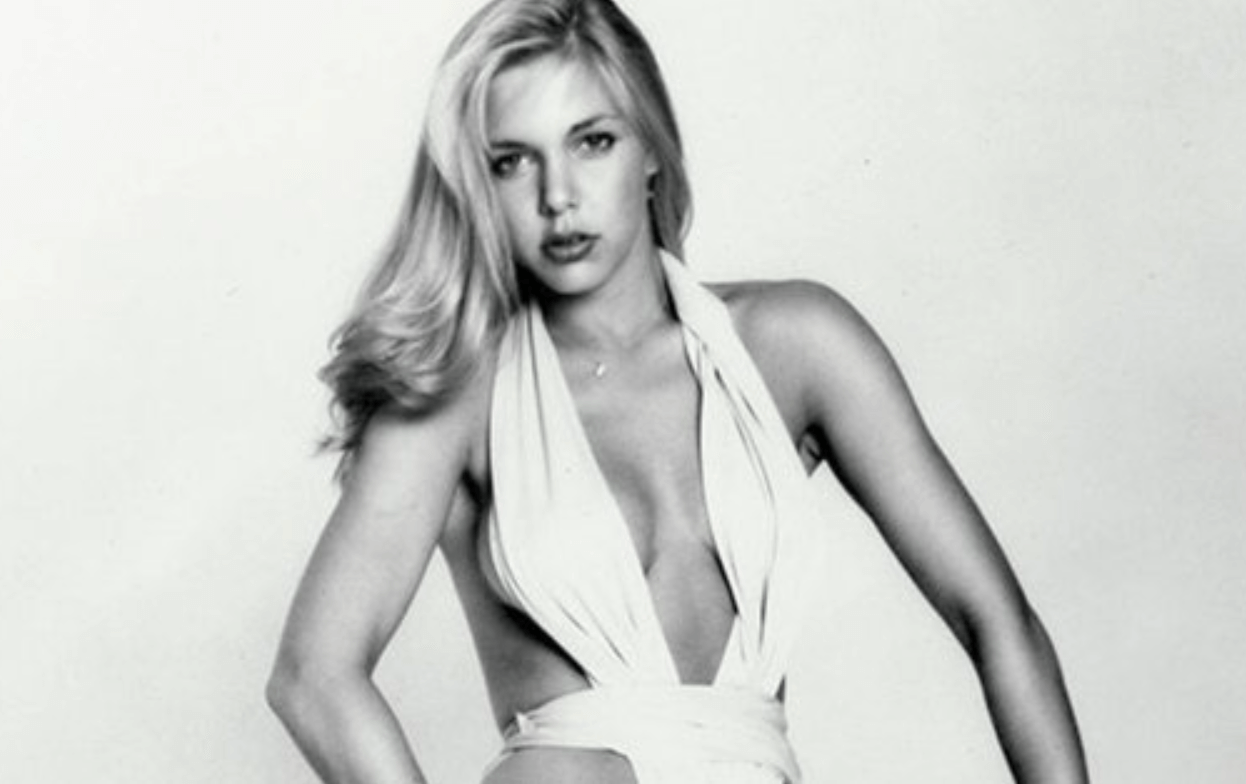 Today, Engelhardt (who dropped Babi from her name and goes by Christina), is a divorcee and mother of two college-aged daughters living in a crystal-filled apartment in the flats of Beverly Hills. Since childhood, she says she’s been a psychic reader, interpreting the stars for boldface names (just as she once did for Allen, who was not impressed). One paid psychic client, the late Pop Minimalist artist Patrick Nagel, gifted her the original piece above her living room sofa. It’s here, with a portfolio of her yellowed and brittle modeling photos in hand, that Engelhardt travels into her past.

Open and thoughtful, Engelhardt unspools a life story that took root in a strict German immigrant household and blossomed into a Zelig-esque series of adventures as she attempted to break into modeling: partying with Iman, jet-setting with Adnan Khashoggi, dining with Stephen King, working as a personal assistant to Jeffrey Epstein, the billionaire financier later convicted for soliciting an underage girl. Following her time with Allen, she went on to become a platonic muse to Federico Fellini during the auteur’s late-life journeys in Rome and Tulum, Mexico, then spent years tending to egos as a hostess in the executive dining room at Paramount before landing her current gig, working as an assistant for producer Bob Evans. What’s made her attractive to these powerful men, both personally and professionally, she posits, is in part what Allen appreciated in the first place: “I was pretty enough, I was smart enough, I was nonconfrontational, I was non-judgmental, I was discreet, and nothing shocks me.”

She’s already written, and kept private, two volumes of unpublished memoirs, one focusing on her Fellini years, the other on her time with Allen. In the latter, Engelhardt portrays a relationship of unequals. From their first rendezvous (quizzing her on the meaning of life, challenging her to a chess match, inviting her to watch a basketball game in his TV room, making out with her), terms were decreed by Allen. She considered him then, and still considers him now, a Great Man. She pushed back little if at all.

“I was a pleaser, agreeable,” says Engelhardt, a fan of Allen long before they met. “Knowing he was a director, I didn’t argue. I was coming from a place of devotion.” They operated under two key unspoken rules: There’d be zero discussion about his work, and — owing to the celebrity’s presumed necessity for privacy — they could only meet at his place. By her count, on more than 100 subsequent occasions, she’d visit him at his apartment at 930 Fifth Ave., where she’d invariably make her way to an upstairs bedroom facing Central Park.

“The curtains were always drawn,” Engelhardt says. “The view must have been spectacular.” She shrugs. “I wasn’t there for the view.”