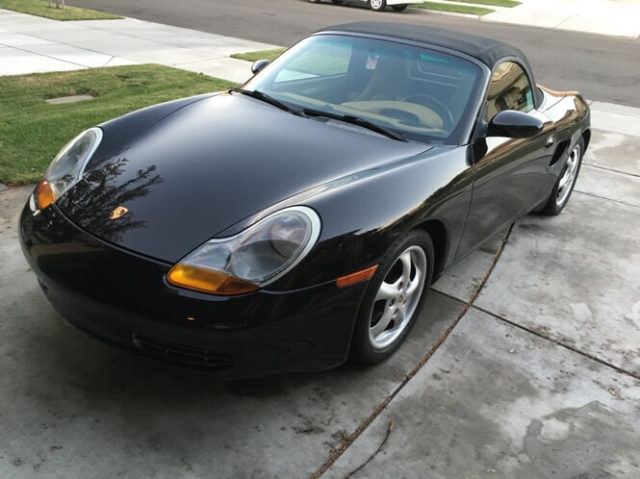 When the Porsche 986 Boxster was first released it was a big deal. Up until the Boxster most entry level Porsches had close ties to Volkswagen or Audi.

The 912 originally was all Porsche, using an engine based on the outgoing 356 and a body nearly identical to the 911. However, the 912 E that filled the production gap between the end of 914 production and the start of 924 used a VW engine. For those critical of entry level Porsches, this gave some ammunition.

The 914 used a Volkswagen sourced air-cooled flat-four. Sure the 914/6 received an engine sourced from the 911, but the image of the car as a true Porsche was called into question from critics.

The 924 was very similar to the 914 as far as image was concerned. It was originally going to be sold as a Volkswagen with Porsche designing the sports car. When VW decided not to produce the car Porsche bought back the design and sold it as a Porsche. It retained its Audi / VW engine which made many comment that it wasn’t a “real” Porsche. While the following 944 and 968 received Porsche engines, they still had a clear bloodline to the 924, which caused critics to often lump them in the same boat.

The Porsche Boxster on the other hand was designed as a Porsche from the very beginning. It had a flat-six engine sitting behind the seats and it shared many parts with the 996 that was introduced not long after the 986 Boxster.

Besides its obvious resemblance to the 996, the Porsche 986 Boxster was designed as the spiritual successor to the legendary 550 Spyder. There are few other cars in history with the pedigree of the Porsche 550 Spyder. Although the Boxster was not as hardcore as the 550, the 986 proved to be quite capable especially in the corners.

Looking back we can see exactly how great the early Boxster was as a performance machine. Sure movies like Legally Blond and TV shows like Two and a Half Men have given the Porsche 986 Boxster a reputation with some as a “girl’s car”. However, this is usually only a point of view of folks that have never driven a Boxster. Once one has experienced the roadster, few other machines can match its capabilities on a curvy road.

Looking back we can see clearly that the Boxster was a very good car and we now also know of its weak points (including the IMS Bearing issue). But, what did the media think of the Porsche Boxster when it was first released?

Of The Porsche Boxster Motor Trend was enthusiastic.

Beneath its aesthetic lure, the Boxster glows with an inner Teutonic pride-one that seems to emanate from its engineers’ delight in starting with a blank sheet of paper and building one of the world’s best-handling roadsters. Adding to its attraction is the fact that Porsche has been true to its earlier price promises, bringing the MSRP in under $40,000 ($39,980, to be precise). The company expects to sell about 15,000 units during the first year-or one-half of Porsche’s total production-with about 5000 coming to North America. We expect every one to be grabbed up as quickly as a dropped $100 bill in Las Vegas. Yes, the wait is over; let the fun begin.

After AutoWeek’s first drive they liked it better than the competitors, the Z3 and SLK roadsters.

For sheer driving enjoyment, the Boxster rises above the BMW Z3 and Mercedes SLK, and it retains the dynamic qualities you expect from a Porsche. Which is to say that this car looks, feels and sounds like a proper Porsche. It is enormous fun to drive. That’s the real achievement. The Boxster is finally here, and it’s for real.

Tiff Needell of old (and add an extra old now) Top Gear loved the car, even after some trouble with the shifter.

Road and Track could see a bright future for the Boxster in motorsport.

I also see a bright future for the Boxster in motorsport. Not everyone can spare $1 million for a 911 GT1 or McLaren GTR, and a lightweight Boxster with a 3.5-liter or a 3.0-liter turbocharged engine would make an ideal car for the GT2 class, where output is limited to 450 bhp and the allowed racing modifications are more restrictive. Such a car would be a perfect replacement for the 911 GT2 and could probably be offered at a price under about $190.000, one-fifth that of a 911 GT1.

Some in the media loved it most for its styling and more affordable price.

Right from the beginning the Porsche Boxster was a huge success. People had to get on waiting lists to get their hands on an early 986. The media loved it and though it has shown a few kinks in its armor over time, it is still one of the best roadsters available.

What do you think of the Porsche 986 Boxster? Scroll down to the comments and let us know.

My strange addiction is winding down in my old age! This article is a great example of value and intelligent thinking. If someone’s lookin for a fantastic sports car at a great value, this probably takes the cake! This Porsche Boxster, kept in good condition, should only go up in value year after year. To replace this car in 2019, you could spend close to $100,000.Although, you can purchase a mint condition Boxster (1999-2005) for approximately $6,000-$7,000 on the low end to maybe as high as $12,000-$15,000 on the high end.

Most importantly, you can drive this car and sell it in a year or two for at least what you paid or maybe even a little more. This is what I call being in the money to buy a car, as opposed to being upside down in a negative cash position when you buy a new car. Specifically the Porsche Boxster is just an amazing buy right now, mostly because new Porsches are just so expensive. 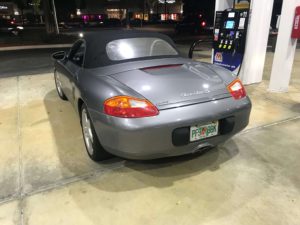 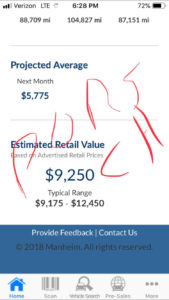